The research project is aimed at developing an underground high-temperature heat storage facility in combination with an hT heat pump for the integration into existing district heating infrastructures in the Ruhr region. For this purpose, the former and no longer accessible small colliery under the Fraunhofer IEG drilling site and the FUW district heating grid are utilized.

The focus of the pilot plant is on a test and operating phase of the mine thermal energy storage system and the hT heat pump. The data obtained will be used for the further development of deep underground heat storage facilities in the Ruhr region. The concept idea is to store seasonal excess heat within the mine building in summer and use it for a CO2-neutral heat supply in the winter.

The institute's own drilling rig Bo.Rex (Bochum Research and Exploration Drilling Rig) was used for the drilling of all three boreholes into the mine workings. The production and injection well are drilled downt to a depth of 64 m below ground, which resembles the deepest level of the small colliery. The existing IEG groundwater monitoring wells are used for a dense monitoring network during test operations. Pressure and temperature data have been collected here since the beginning of the project

Between 1953 and 1958, the small colliery produced a total of 37,043 tons of coal. With a coal density of 1.35 g/cm³, this results in a void volume (excluding roadways and shafts) of 27,439 m³. If a residual void volume of 10% is assumed, a heat quantity of 165 MWh/a could be stored in the mine water within the mine workings with a ΔT of 50 K. This corresponds to the annual heat demand of the Fraunhofer IEG in Bochum, which is substituted by stored solar surplus heat and could thus represent a CO2-neutral heat supply. 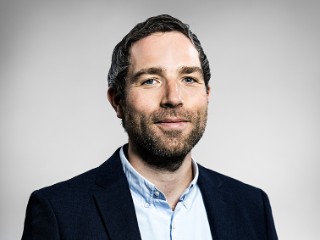