The MissElly is being carried out jointly between Fraunhofer IEG and Voltavision GmbH. The aim is to provide cold air to cool laboratories and test stations for performance electronics all year round. As high a percentage of renewable environmental cold as possible is provided to the system via seasonal and short-term cold storage, thereby minimising the use of conventional cooling technology. The project, which has received around EUR 1.3 million in funding, will run for 36 months until the end of August 2022.

Stationary refrigeration technology accounts for almost 14% of the total energy consumption in Germany, and the trend is increasing. Around a third of this consists of private refrigerators and freezers. Two thirds are caused by commercial cooling technology. Air conditioning units, industrial cooling systems and supermarket refrigerators make up the greatest need. At 95%, cold is almost exclusively provided by electrically operated compression refrigeration machines. Energy-saving alternatives are heat-operated absorption or adsorption cooling machines, but these are exposed to a heat source of at least 80 °C and accordingly can only be used to a limited extent. As a consequence, the cooling requirement will continue to be met almost exclusively by compression refrigeration machines. This is problematic from a climate perspective. Compression refrigeration machines have both direct effects on the climate through their cold emissions and indirect effects through their high energy requirements.

There is potential to reduce the electric energy requirements in areas of application in which cooling is carried out from relatively high temperatures, for example in air conditioning. Compression refrigeration machines are generally used in building air conditioning although only temperatures of around 20°C need to be reached. These temperatures occur naturally in our latitude for the majority of the year. Since, unlike electric power, heat and cold can be stored relatively easily and without significant losses, the use of the existing, natural cold reservoir is an obvious one.

The aim of the project is ultimately to identify a feasible way to achieve a significant reduction in energy use in cooling and therefore to reduce the emission of greenhouse gases that are harmful to the environment directly through energy use and indirectly through coolants leaking by around 50% compared to classic systems.

The demonstration system will be built at a battery test station owned by Voltavision GmbH. This has a continuous cooling requirement of around 300 kW at a flow temperature of 18 °C and a return temperature of 23 °C. These moderate temperatures create the optimal conditions in the location for the use of environmental cooling and therefore for the scientific investigation of the system concept put forward in this project of multivalent, seasonal, geothermal cold supply, consisting of a field of boreholes, ice storage, a free cooler and a compressed refrigeration machine. The combination of compressed refrigeration machines and free coolers is usually used in this case. Using the many years of climate data for the city of Essen, electricity consumptions of over 225 MWh per year can be estimated. Ambient cooling is a natural, primary source that can be used to increase the percentage of renewable energies in cooling. Integrating intelligent cold storage using a field of boreholes and ice storage will reduce the electricity consumption by around 53% to less than 107.5 MWh per year. At a CO2 emission factor of 516 g/kWh for 2016, this corresponds to a saving of 62,5 tonnes of CO2 per year, for this plant alone.

Current statistics do not look explicitly at the required temperature of the cold to be produced. The saving estimated for this facility can as a consequence only be transferred to the overall energy requirement for cooling technology to a limited extent. Even for lower temperatures, though, it is not unrealistic to reduce the maximum performance of the compressed refrigeration machines by using borehole fields and ice storage. The compressed refrigeration machines are operated under almost constant conditions and can therefore be more precisely designed at an optimal operating point.

The potential of this method for saving electrical energy is consequently estimated at over 7% of the total electricity consumption and therefore in Germany alone at a CO2 saving of over 20 million tonnes per year.

The method of cold storage in the substructure also has more positive effects on the global climate and the microclimate of the area where it is used when fully renewably generated electrical energy is used. Ultimately, any consumption of electricity means a release of heat and a local increase in the temperature of the atmosphere.

From an economic perspective, reducing the use of electrical energy can result in significant cost savings in the operation. This project will provide clear answers through a consideration of the energy economics.

The MissElly project, which is expected to run in cooperation with Voltavision GmbH until March 31, 2023, is supported by grants from the state of North Rhine-Westphalia using funds from the European Regional Development Fund (ERDF) 2014-2020, "Investments in Growth and Employment" in the climate protection competition "EnergySystemChange.NRW". The founding Number is FKZ-EFRE: EFRE-0801925 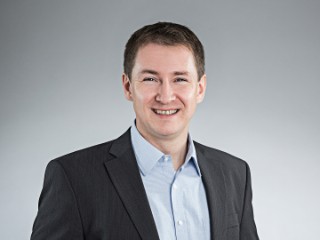