Production and use of methane from renewable sources in mobile and stationary applications (from the German words: Methan, Quellen, stationär – methane, sources, stationary).

The MethQuest lead project focuses on the introduction and market ramp-up of methane-based fuels (RE-methane) produced from sources of renewable energy (RE) without fossil-based carbon. It consists of six different joint projects and is funded by the Ministry for Economic Affairs and Energy. Fraunhofer IEG is working within Group 6 MethSys on energy system analysis.

The MethSys group studies the macroeconomic effects of introducing alternative fuels on large scales. To do this, results from the other groups are also taken into consideration, giving MethSys an overarching character within the lead project. A key aspect of MethSys is that previously separate models, each of which previously only mapped parts of the energy system, such as electricity or gas networks, are now being expanded and linked together. In this way, the partners are developing a model network that is much more extensive than previous versions and which can provide a comprehensive quantitative representation of the possible developments of RE methane within the energy system, including in terms of cost.

Among other things, the work includes a market ramp-up simulation of alternative fuels, as well as an evaluation of the generation potential of RE methane. The partners are also analysing the regional expansion needs of electricity and gas networks to establish a realistic statement about the macroeconomic costs of introducing RE methane. Building a close-knit regional model of infrastructure is a key goal of the project, which uses a GIS model coupled back into an energy system model with a high time resolution, expanded to include detailed gas and electricity distribution networks and gas transport networks.

To achieve the climate protection goals, specific indicators like the efficiency of a PtG system are not what matters, but rather the ecological balance of the energy system as a whole, including the full added value chain of RE methane. MethSys is therefore performing a life cycle analysis for both RE methane production (MethFuel) and its applications, e.g. in engines of road vehicles (MethCar), combined heat and power plants (MethPower), and ship engines (MethMare). The partners are also quantifying the CO2 savings potential of RE methane compared to fossil-based natural gas.

Thanks to the interdisciplinary work within MethQuest, the close networking between the six groups, and the many participating industrial partners and research institutes involved with technology development, the models are able to build on an unprecedented database that allows a comprehensive analysis of this complex system and its mechanisms of action. 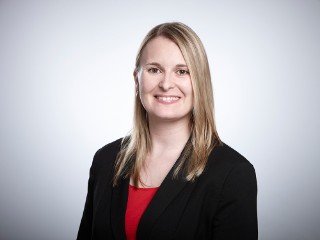